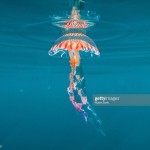 Fulfillment: In the early years of the 20th century, many were expecting continued peace. The start of World War I shocked the world and began an era of unprecedented warfare. As the Bible book of Revelation foretold, peace was taken “away from the earth so that they [mankind] should slaughter one another.”​—Revelation 6:4.

” Jesus Christ will lead a heavenly army to victory over God’s enemies. (Revelation 19:11-​16, 19-​21) These enemies include those who oppose God’s authority and who treat God with contempt.​—Ezekiel 39:7.”

”Bible prophecies already fulfilled give us a sound basis for faith in God. (Hebrews 11:1) They also give us confidence that God’s promises of a better future will come true. Thus, Bible prophecy gives us sure hope.—Read Psalm 37:29; Romans 15:4.”

“Every nation and tribe and tongue and people” can benefit from the good news found in the Bible. (Read Revelation 14:6.) God made sure that the Bible would be available in more languages than any other book in history. Almost everyone has access to the Bible. This is true no matter where people live or what language they speak.

popvaler
2021-11-14T15:21:13+02:00
https://www.jw.org/en/library/videos/Good-News-From-God-Video-Series/video-true-worship-bible/
Does God Accept All Worship? What Is True Worship in the Bible? ...
Many people believe all religion is good. In the Bible, Jesus described what is sometimes called the ‘straight and narrow.’ His words involve two very different roads.
www.jw.org
Like - Comment - Share
1
Post

”The Holy Scriptures refer to God by various titles, such as Creator and Almighty God. Some titles stress God’s attributes, such as his holiness, his power, his justice, his wisdom, and his love. However, God also gave himself a unique personal name​—Jehovah. ”

popvaler
2021-11-12T19:26:59+02:00
https://www.jw.org/en/jehovahs-witnesses/faq/jw-bible-nwt/
Do Jehovah’s Witnesses Have Their Own Bible? | FAQ
Jehovah’s Witnesses have used many translations in studying the Bible. Consider 3 points that distinguish the New World Translation of the Holy Scriptures (NWT).
www.jw.org
Like - Comment - Share
1
Post

popvaler
2021-11-11T15:46:41+02:00
The Bible foretold that the Messiah would come into the world and deliver people from sickness, suffering, and death.
Is Jesus Christ that one?

WHAT THE BIBLE SAYS
https://www.jw.org/en/library/magazines/g201502/the-messiah/